Starting your racing career at 19 years old is no easy feat, especially with kids getting into karts at an increasingly younger age, but Ax Kametches is a special exception. Ax started working at the AMP kart track in September of 2019 and it was soon realized that he had a natural ability behind the wheel. 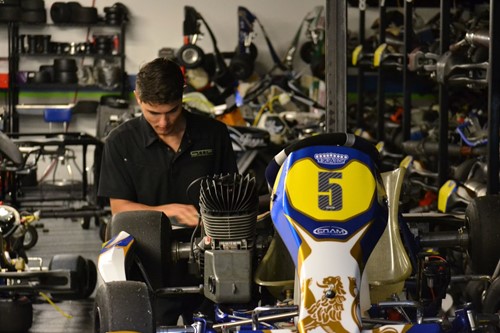 Ax attended a three-day Primal School at AMP and was blown away by the improvement in his lap times and overall racecraft.

“Coming to Primal and meeting instructors who were professional race drivers was great for me. I was actually learning stuff that I had never even thought about before.” Ax added that, “My improvement during the school showed in lap times and I felt immediately comfortable in the car and being on a big track. When the mistakes showed we were able to fix those.”

One aspect of the Primal Racing School that makes it unique is the sheer amount of data that the instructors utilize in order to help participants understand where they can improve their lap times and how to do exactly that.

“Having video and data coaching was great and we had a lot of class time as well which was nice to talk more about the technical side of racing,” Ax said. “It was nice to get that insight from professional drivers.” 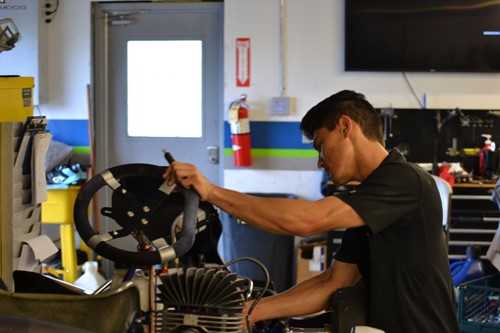 Ax used the knowledge that he gathered from Primal and won back to back races in the downforce class at AMP in his first-ever races in a racecar. This kickstarted the 19-year-old’s efforts to pursue a career in racing and he earned a seat in the Raceworks F1600 team for the 2020 season.

Ax’s season got underway last weekend at Pittsburg International Race Complex where he finished 10th, 12th, and 11th in an impressive maiden appearance.

“In the F1600 series, you don’t really have the speed to mask your mistakes and you don’t have downforce so its really just about you as a driver.”

Ax still works at the AMP kart track between races which allows him to get plenty of track time and stay up to speed. His next race in the F1600 series is this weekend at Mid-Ohio as he looks to improve on his performance in the opening round and climb the ranks of motorsport in the US.