Primal Racing School unveiled its new luxury garage, located at Atlanta Motorsports Park, alongside their new line of KTM cars on offer. This exciting new addition will allow Primal to entertain clients and showcase the various Radical and KTM track cars that are available within close proximity of their testing grounds.

Adding KTM cars to the Primal dealership will allow customers who are looking for a track day weapon to find the perfect car for their needs and desires. The KTM Crossbow was the first car from KTM’s plethora of track cars to be on display in the new garage and potential buyers were able to test drive it on the main circuit to get a feel for what the car can do.

Primal Chief Executive Officer, Adrian Dewey,  explained that, “With the caliber of car that we sell it’s good to have a venue that matches it.” Dewey added, “At the end of the day we just want to show off the cars. The cars are the stars.”

Dewey also illustrated what the KTM brand brings to Primal. “We’ve had the prototype route since we’re a Radical dealer and now that we offer KTM we have GT4 and GT2 so now we have that route as well so Primal has a solution for everything.” 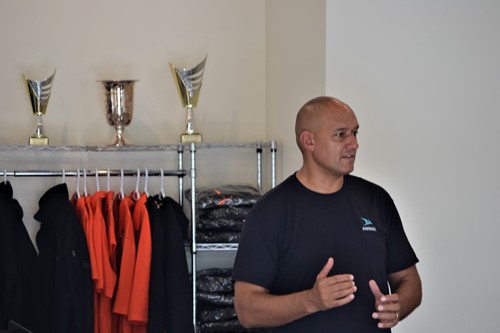